Matt Garmony, Licensed Valuer elected to the WA State Committee of the API

Posted on Wednesday, September 18th, 2019 in by Matt Garmony 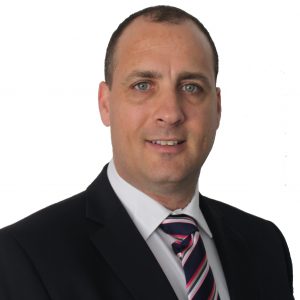 Garmony Property Consultants Managing Director and Licensed Valuer, Matt Garmony, was advised today by the Australian Property Institute (API) that he has been elected as a WA State Committee Member of the API. In his response to the API on news of his appointment, Matt stated

“Although I have been active on numerous sub-committees and represented the API on several panels since 2004, I have not been on the state board/committee since my last term in 2001-2004. I look forward to being an ongoing and active member of the API and the property industry.”

Matt was chairman of the Young Property Professionals and Australian Property Institute State Board Member between 2001 and 2004 and since then has been involved with various sub-committees of the Australian Property Institute including the CPD and Marketing Committees, Complaints Committee and represented the API on Landgate’s Customer Service Committee between 2013 & 2017. Matt is currently on the Strata Reform Committee and is also a panelist for API Professional Interviews.

Matt has a wide range of valuation and property consultancy experience including residential, industrial, commercial and specialist property valuations and has provided advice to a wide range of clients including government, corporate and private individuals and has acted as an expert witness for a wide range of court, State Administrative Tribunal (SAT) and legal matters. Matt’s experience saw him appointed in 2013 to the Western Australian Planning Commission’s (WAPC) Board of Valuers which is a position he still holds. Matt’s dedication to the dynamic nature of the property valuation industry has driven him to provide an ongoing contribution to the property industry.